Bali Beach Tour is one of the most popular Bali Half Day Tour Packages where the trip will explore the famous beaches on the island of Bali. The tour will start at 2:00 a.m. from your hotel, we will take you to visit Kuta Beach, this place continues to attract thousands of visitors each year with unique charm and is considered the destination of the most famous beach resorts in Bali.Then the next goal is to visit Pandawa Beach, which is locally called Pandawa Beach, which is a great addition to the collection of beautiful beaches in Bali, which is located on the Bukit Peninsula in southern Bali. Then our last trip, we will take you to Jimbaran Beach where you can enjoy Seafood Dinner on the beach. The tour will be very convenient by transferring our private AC car and to maintain your comfort and pleasant trip, our professional tour driver always offers the best service with the information you need.

Places of Interest will be visiting during Bali Beach Tour : Kuta Beach is one of the most famous places of interest in Bali that stretches 3 kilometers from Seminyak Beach to the Tuban area which is blessed by big waves that are ideal for surfing adventures. The beach is one of the beaches that is popular as a tourist activity from overseas and domestic, as well as an international tourist destination supported by complete public facilities.Kuta Beach is suitable as a place to play with family, relax, swim, sunbathe, and surf. Kuta Beach has good waves for surfing including surfing lessons where beginner surfers to professional surfers have experienced it. The beauty of Kuta Beach is complemented by a spectacular sunrise that creates a romantic feel that captivates every visitor. Kuta Beach is located in Kuta Village, Kuta District, Badung Regency and Bali - Indonesia Province.Only a few steps from Denpasar Airport which is 5 minutes away by driving a car. Kuta Beach is strategically located in the tourism center of Bali which is very easily accessible from all directions and other famous surfing points near this beach such as Airport Reef, Kuta Reef, Legian Beach and Seminyak Beach. This place is also close to interesting places in Bali that are visited by tourists every day.

Pandawa Beach is one of the most famous places of interest in Bali, which is locally called Pandawa Beach, a great addition to a collection of beautiful beaches in Bali, located on the southern Bukit Peninsula of Bali. Hidden behind a large carved limestone cliff that reveals the vast view of the Indian Ocean, Pandawa Beach once dubbed Secret Beach and officially opened in 2012, its popularity has increased rapidly among local weekend users and international visitors.The large cliffs around the Pandawa coast are cut to give way to the winding asphalt road and smoothly towards the beach. The sides remain like high walls, while the cliffs facing the sea in the middle of the slope feature very carved arches that are mounted with large statues. Each of them plays a hero character from the wiracarita Mahabharata, known as Pandawa Lima or five Pandawas, then the name of the beach. There are six white stone statues wrapped in colorful Balinese waist fabrics, namely Dewi Kunti, epic mother figure and five heroes: Dharmawangsa (also known as Yudhistira), Bima, Arjuna, Nakula and Sahadewa. An empty arch seems to give way to other planned characters, both hero father, Pandu or his second wife, Madri.

Jimbaran Seafood Dinner is a fun activity to enjoy fresh grilled seafood under the beautiful panorama of the sunset. Being part of the Indian Ocean of Jimbaran Bay which officially offers you complete activities of seafood products, with a 10 minute drive to Ngurah Rai international airport makes Kedonganan and Jimbaran Bay different from the others. With a new system and management from the local government, seafood restaurants in Jimbaran come with luxury and impressions.Jimbaran Seafood Dinner Package offers delicious grilled seafood which serves a Balinese menu, traditional seafood prepared locally and French Mediterranean cuisine. Seafood cafes are located on sand in three main groups between Kedonganan in the north, just south of the fish market, to the Bukit Permai road in the south. The method of ordering food received at Jimbaran is by checking fresh food in front of the cafe, selecting the items you want and asking for the price. The whole barbeque atmosphere on the beach is also aided by the fact that every cafe that cooks seafood on a large grill is fired with coconut fiber, producing incredible heat. Welcome to Jimbaran Grilled Seafood.

- Suitable for Individual travelers and groups

- Private tour, that’s mean there is no other participant, just only you and your companion

- Recommended clothing are Casual clothes, semi-or fully-covered as a sign of respect when visiting the Temples

- The payment can be done by cash either US $ or Rupiah, based on the latest exchange rates instantly to the driver after we finish the tour

Capacity of 1 to 6 person 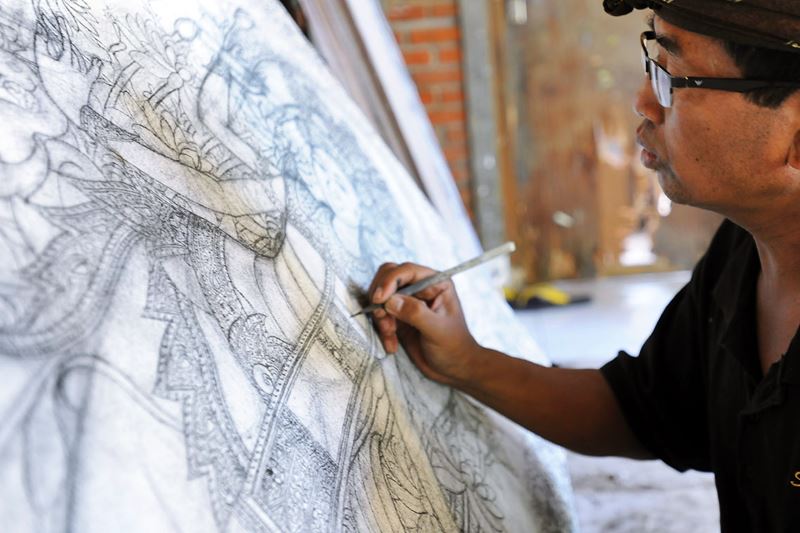